91.9 WFPK Presents An Evening with The Avett Brothers 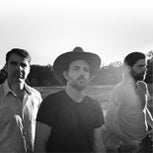 The Billboard chart-topping band has had many successes since their 2009 major label debut, but their most recent album release, The Third Gleam vinyl, debuted at No. 1 on Billboard’s Vinyl Albums Chart and debuted at No. 5 on Billboard’s Top Current Album Chart, with “Victory" from the album peaking at No. 1 on the Americana radio single chart. They also released a rendition of the Woody Guthrie classic, “This Land Is Your Land,” along with its striking music video directed by the Emmy-winning Samuel Bayer watch it here. Their latest music has been lauded by the likes of Paste, NPR, Esquire, American Songwriter, Rolling Stone Country and CMT.com among others.

COVID-19 POLICIES
At this time, the event organizer for The Avett Brother is not requiring proof of vaccination or a negative COVID-19 test for fans attending the show. If there is any notification of change, Ticketmaster ticket purchasers will be notified immediately through an email and the updated policy will be posted on our website.