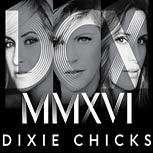 Since their first album, the music of the Dixie Chicks has stirred emotions in fans across the world making them one of the biggest and most influential bands of our time. Not just "big for a country band" or "big for a big female band," the Dixie Chicks are a multi-platinum selling act in North America, Europe and Australia.