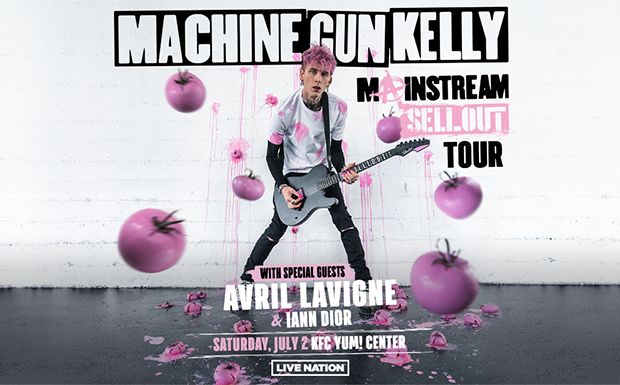 The tour announcement comes shortly before the release of MGK's sixth studio album also titled Mainstream Sellout, which features 16-tracks and a star-studded list of collaborations, including Lil Wayne, Pete Davidson, Bring Me The Horizon, Blackbear, Willow, iann dior, Gunna and Young Thug. In 2020, the "my ex's best friend" singer released his fifth studio album, Tickets to My Downfall, which topped the Billboard 200 chart. The album was a departure from his established rap sound and marked his transition into the pop-punk genre. Notably, Tickets to My Downfall and Mainstream Sellout are produced by blink-182's Travis Barker, who also serves as the drummer on both albums.

COVID-19 POLICIES
At this time, the event organizer for Machine Gun Kelly is not requiring proof of vaccination or a negative COVID-19 test for fans attending the show. If there is any notification of change, Ticketmaster ticket purchasers will be notified immediately through an email and the updated policy will be posted on our website.