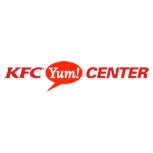 For more than 35 years, the Robbie Valentine Basketball Summer Camp has been a premiere youth summer camp in Louisville, Kentucky. The camps is geared for boys and girls, ages 5-16, and emphasizes individual instruction in all phases of the game. Campers can expect to learn the key fundamentals of being a better basketball player in areas including defense, shooting, passing, ball handling, team work and leadership. In addition to learning skills on the court, Robbie teaches the campers valuable life skills and invites several keynote speakers from the local basketball community who will mentor the attendees throughout the camps.

The basketball camps will follow state and local Covid-19 related guidelines. More details will be sent to registrants closer to the camp dates.