with special guest Cage the Elephant 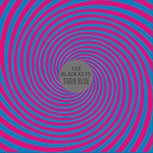 The tour supports the duo’s highly anticipated new album, Turn Blue, which was released May 13 on Nonesuch Records.

Produced by Danger Mouse, Dan Auerbach and Patrick Carney, Turn Blue comprises 11 new tracks, including the first single, “Fever,” which is currently #1 on AAA radio for the fourth straight week and #2 on Alternative radio. Additionally, the album’s title track recently premiered on Carney’s SiriusXM show, Serious Boredom, and can be heard here. Both songs are available as free instant downloads with album preorders at theblackkeys.com/turnblue; the LP, CD or digital version may also be ordered as part of ticket and T-shirt bundles at the band’s site. The songs are also on sale—alone or as free instant downloads with album preorders—on iTunes.