The Lumineers III: The World Tour 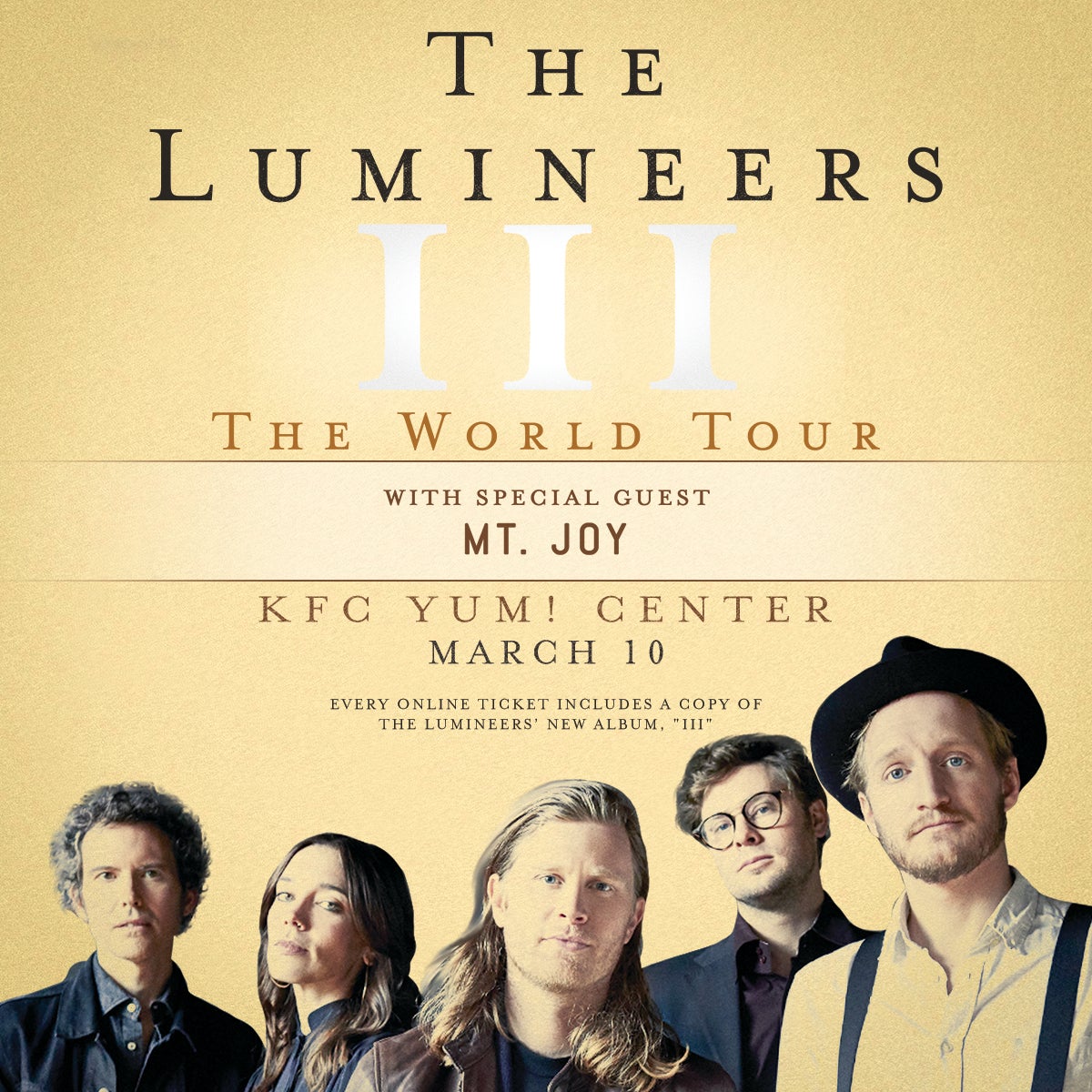 The Lumineers have added a show in Louisville as part of their 2020 headlining North American tour! They'll be coming to the KFC Yum! Center on Tuesday, March 10, 2020. All tour dates are in support of their album III, which was released September 13th on Dualtone (an Entertainment One Company" in the U.S. and Canada and on Decca Records for the rest of the world. Mt. Joy, who recently emerges as "a fast and furious 21st-century success story" (Magnet) will open for the Lumineers in Louisville along with J.S. Ondara.