with special guest The Acid Helps 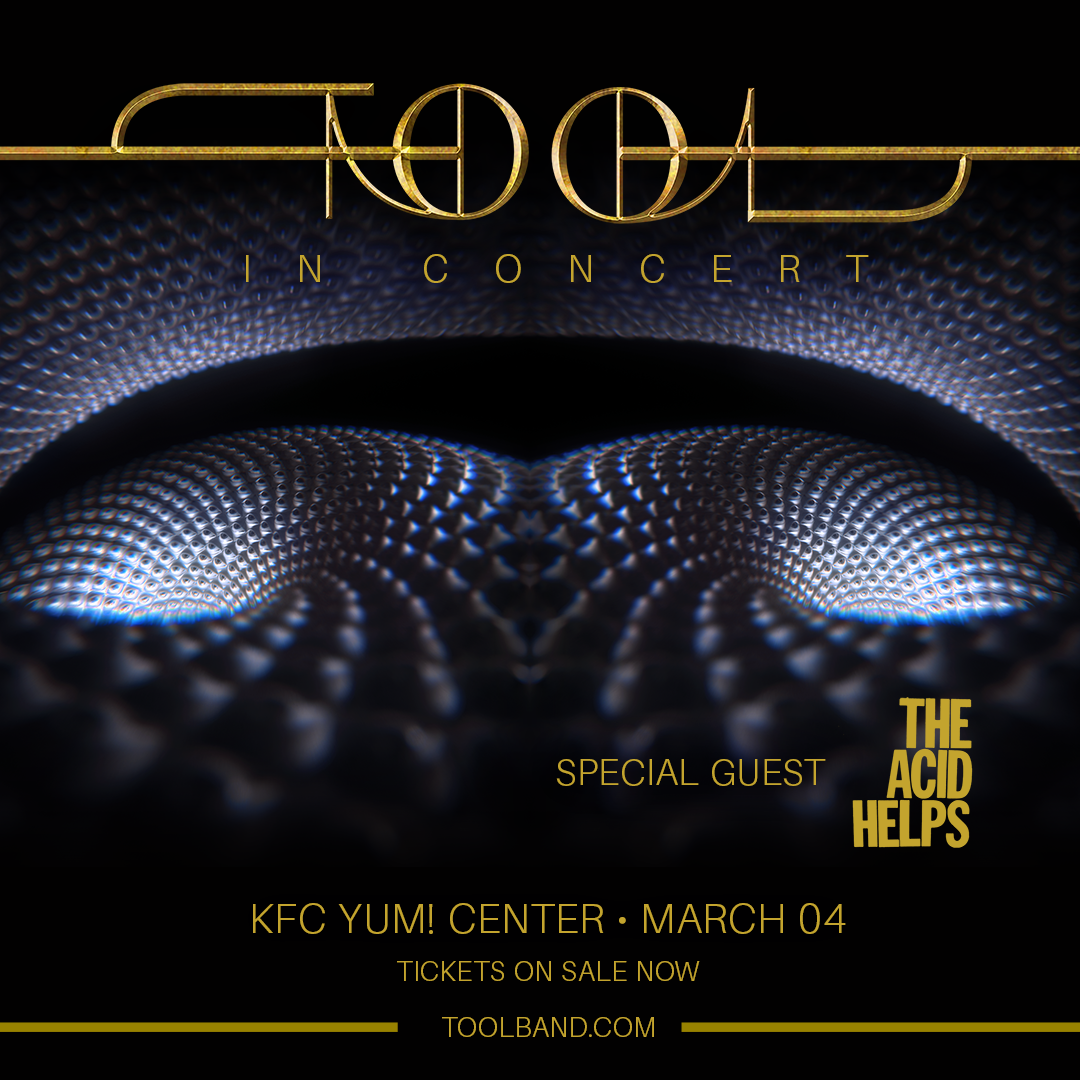 PHONE POLICY FOR TOOL
Tool has implemented a strict no-camera or recording policy that includes the use of cell phones during the show. Fans who do not abide by this policy are subject to ejection without refund from the KFC Yum! Center Arena. Phone use may occur on the concourse away from the performance space.

TOOL has announced a mammoth 2022 international tour, with the Los Angeles-based band playing locally at the KFC Yum! Center on March 4, 2022.

“It is with great pleasure I get to announce our return to the road,” said Danny Carey. “These past 18 months have been trying to say the least but from great trials come great lessons and great rewards. We are genuinely looking forward to sharing them with you.”

Fear Inoculum (http://smarturl.it/TOOLFIa) arrived in August of 2019, following years of anticipation. The album debuted at #1 on Billboard’s Top 200, shattering sales and radio records while also earning widespread critical praise. NPR said, “Fear Inoculum was worth the 13-year wait,” The Atlantic declared the release “precise and devastating,” Revolver dubbed the 10-track album “a masterpiece that will be dissected for years to come” and Consequence of Sound said Fear Inoculum finds “TOOL in peak performance.”

COVID-19 Protocols
At this time, the event organizer is not requiring proof of vaccination or a negative COVID-19 test for fans attending the show. If there is any notification of change, Ticketmaster ticket purchasers will be notified immediately through an email and the updated policy will be posted on our website.